Once upon a time, I wrote a book set in the 1960s. It was published as an e-book, but I never liked the cover (or the publisher, who seemed to want to make a simple mystery into something it wasn't). The story of a '60s girl who decides to quit her "safe" job to work for a handsome, wounded Vietnam vet at his detective agency didn't translate into what they did with the cover:

Eventually I got the rights back to the book and asked my cover artist to make a new cover. This is what we got:

I was okay with that for a while, but what I heard from readers was that the book looked "scary" and "hardcore". When I asked why, they mentioned both the cover and the title.

I thought long and hard about the book over the last few months. It's really a combination of P.I. novel and cozy mystery, since the main character is an amateur who is a little naive about the world. I worked with yet another cover artist, who thought I'd been trying to do too much with the earlier ones, which led to the murky, dark covers above. Though the book is a murder mystery and there's danger involved, he advised a whole new direction. 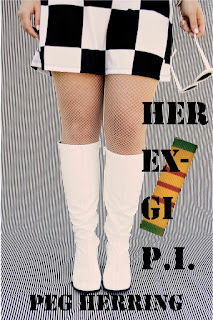 If you bought/read Go Home and Die, DON'T buy it again as Her Ex-GI P.I. and then get mad at me. Wisdom in the publishing industry tells us to do exactly what I've done to attract new readers, but I don't want to disappoint my loyal fans! 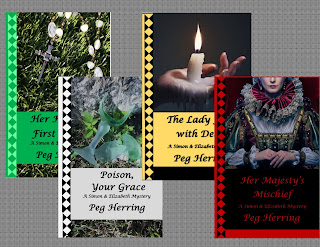